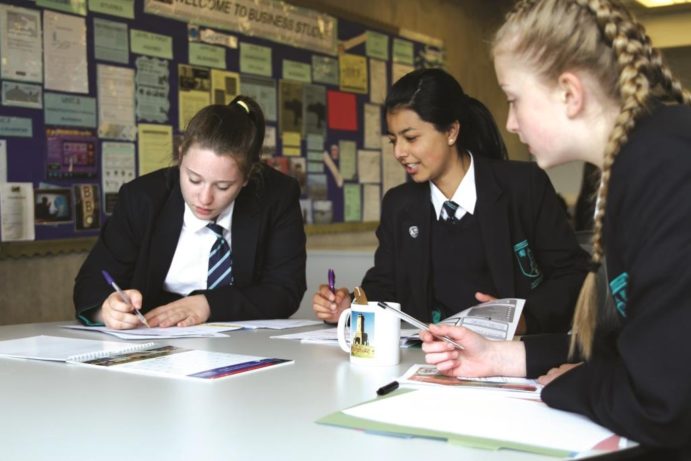 It was a perceived lack of civic pride in the town of Darwen that inspired 13-year-old students Lana Townsend, Aamna Aslam and Braedan Halliwell’s business idea. The students met through the Team Academy programme and, having researched local issues, decided to use their enterprise to remind local residents that there was much to be proud of in the Lancashire town.

They agreed to create calendars for Darwen and Blackburn, filled with inspiring shots of the local areas. As they were developing their business plan, the students knew where they wanted the proceeds to go. Naming their company Community Kids, the team used the sales of the calendar to raise money for a memorial garden dedicated to a schoolmate who had passed away – an idea that was embraced by the school.

They submitted a business plan to Tycoon in Schools and received a business loan to make their idea happen. Subsequently, Community Kids set about writing a seven-week plan to create the calendars, market them and secure sponsorship along the way, thereby reducing costs and maximising profit.

The timeline was ambitious but they hit the ground running, securing support from businesses and organisations throughout Darwen. However, they quickly came up against a host of real world challenges.

The photography students they had asked to help with the images of Darwen could not deliver on time, due to coursework commitments.

In addition, the sponsors were exceptionally slow to deliver the artwork. Time was running short and they needed to pull together as a team.

Our roles became quickly defined, Aamna was the leader, Lana was super-organised and I was the salesperson

We learnt about non-rights managed images and how we could use them,” explains Lana. “We abandoned our plan to make two calendars, one for Blackburn and one for Darwen, and instead used the best images from both.

They also drew upon outside help from Darwen Creates business Empine on the design, artwork and printing of the calendars.

By the time they had overcome the production challenges, they only had ten days to sell before the deadline. To increase sales time, the team came up with a way for people to pre-order the calendar, which also provided them with much-needed cashflow.

Thankfully, Community Kids kept its focus and sold £1,800 worth of calendars. They were able to raise the funds to contribute to buying plants for the memorial garden and reached the final of Tycoon for Schools, held at Buckingham Palace.

It was amazing to meet the Duke of York and see our business finish second in the Key Stage 3 category of the competition – next year we are going to win.