Brighton Aldridge Community Academy Principal Bob Speight congratulated BACA students on their achievements on results day saying: "I am delighted for all of our students for achieving such great outcomes. This is an excellent year group who have had to endure a great deal of disruption to their Sixth Form studies. However, it is fantastic that they have achieved the great results that they all deserve and which will allow them to move on to and flourish in the next stage of their education.

Performance in BTEC courses was outstanding, with students achieving an average grade of Distinction across all courses. Over two-thirds were at Distinction or better and over a third at the top Distinction* grade. Students performed exceptionally well in Creative Media, Entrepreneurship, Sport, Construction and Childcare, with strong performance also in A-level Art, Photography and - for the first year - Psychology.

As BACA College grows, its curriculum is growing also and next year we look forward to A-level results in English Literature, History, Maths, Physics, Chemistry and Biology in addition to our established programmes. 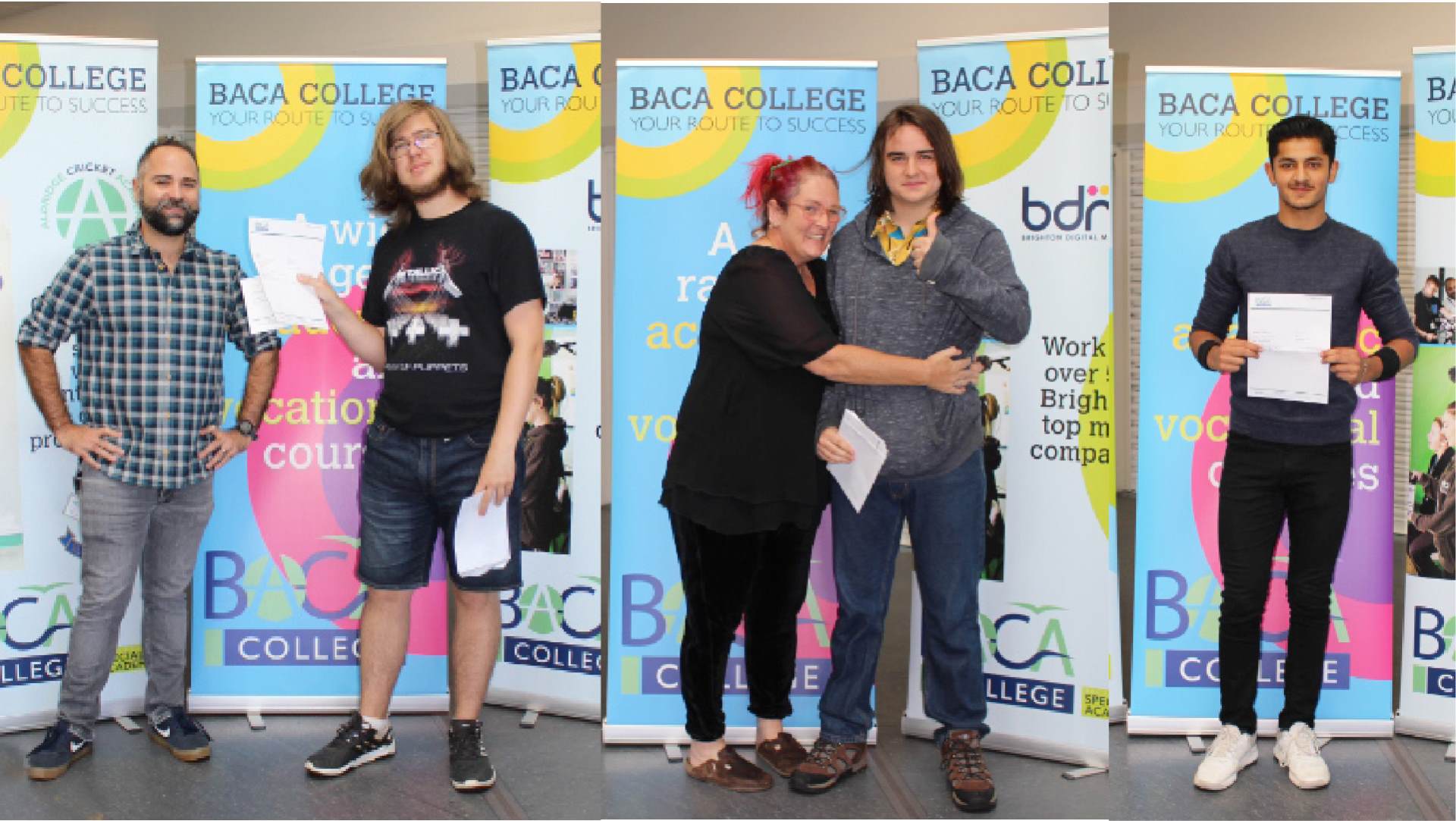 All BACA College students achieved the grades they needed to progress to their chosen destination,

whether further study, employment or an apprenticeship. Students are choosing from a wide range of offers at universities including Brighton, Sussex, University of West England, Nottingham, and Kingston.

We are also celebrating an Oxbridge place offer to former student Amanda Kangai, who achieved outstanding GCSE results at BACA before moving onto BHASVIC where two A*s and 2 As have seen her accepted to Cambridge University to study Engineering.”

BACA College student Subhan Juvaid achieved a Double Distinction in Sport and a B in Psychology A-level. On collecting his results he said: “It was an honour to study here, I am really happy with my results.”

Head of BACA College Phil Williamson commented, “We are delighted with what the students have achieved through extremely challenging circumstances. They have shown great resilience and character and they should all be so proud. In such a turbulent year I would like to thank everyone who has been involved with making these outcomes so positive and would like to wish the students all the best in their future endeavours”