Sir Rod established the Aldridge Foundation in 2006 to further the work of his charitable trust.

As the Founder of the Capita Group in 1984 until his retirement in 2006, Sir Rod led the company from start-up to becoming a FTSE 100 company. 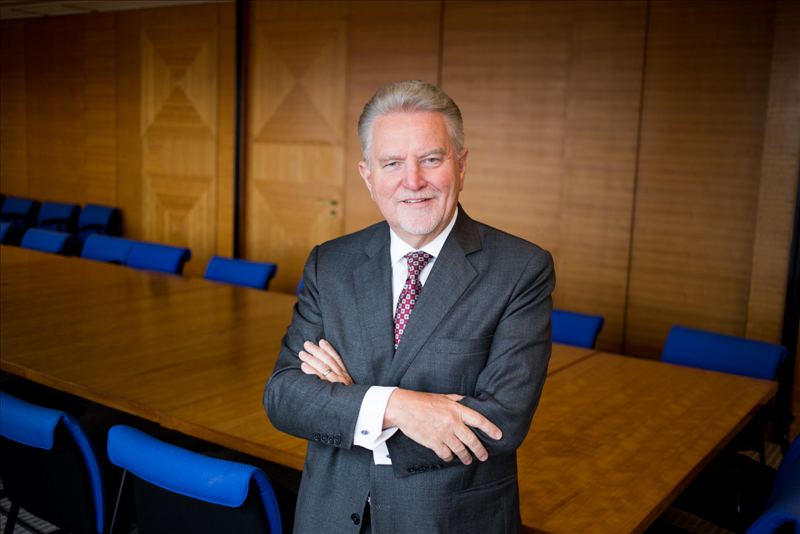 Prior to Capita, Sir Rod worked in local government for ten years with East Sussex County Council, Brighton Borough Council, Crawley District Group and West Sussex Council. Becoming a qualified accountant with CIPFA in 1970 he joined the organisation in 1974, and ultimately becoming its Technical Director. He was awarded an OBE in the 1994 New Year’s Honours List, for services to the computer industry, and was given the freedom of the City of London in 1996. In 2006, he was elected fellow of the Royal Society of Arts and in 2012 he received a knighthood for services to young people.

Under his chairmanship, the Aldridge Foundation grew from opening its first school, Darwen Aldridge Community Academy, in 2008 to a national group of entrepreneurial academy schools and colleges. In September 2016 the Foundation established Aldridge Education as a multi-academy trust which is now responsible for the performance of the schools in the Aldridge family. The Foundation remains a separate charity that aims to inspire and equip young people with the skills they need to take control of their futures, to create better academic, work and life pathways, experience greater social mobility and lead productive lives, working closely with the Trust and our schools.

The Aldridge Foundation was the Founding Education Partner of  Ada, the National College for Digital Skills which Sir Rod was chair of through its development and opening in Tottenham Hale, London, in 2016.

Sir Rod stepped down as a trustee of Aldridge Education in September 2019, and was invited by the Board to take up the role of Patron, a role that enables our schools to benefit from him attending and speaking at events, and meeting our students. He is also a Member of the Trust.

In addition to being Chair of the Aldridge Foundation and a Governor at Kensington Aldridge Academy, amongst Sir Rod’s other interests he is Chair of The Lowry arts and entertainment venue in Salford; President of Sussex Cricket and was a founding member of the Prince’s Charities Council. In 2018 he published his autobiography You’re Better Than They Think You Are.