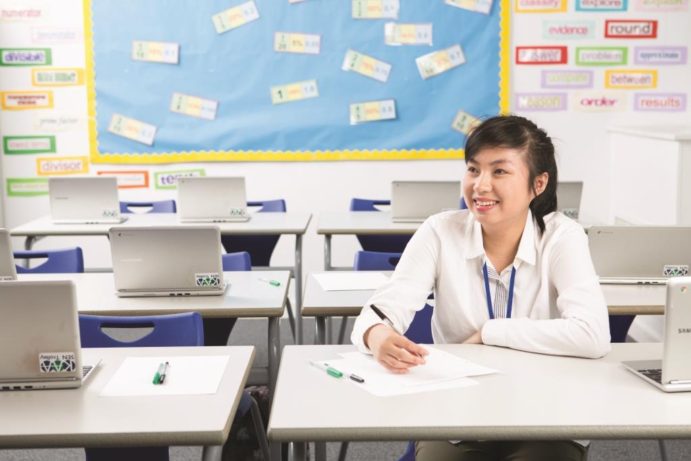 Vivian is a student at Kensington Aldridge Academy.

They say nothing ventured, nothing gained and risk-taking is an integral element of success. This is evident in the story of Kensington Aldridge Academy student Vivian San Pedro. She is one of the first students in London to benefit from the pioneering approach of the Aldridge Foundation, which strives to offer experiences usually reserved for private school students to those in state-funded schools.

Kensington Aldridge Academy (KAA) was opened by the Duchess of Cambridge in 2015 and it has quickly gained an exceptional reputation for challenging students and offering equal opportunities for children of all backgrounds.

As part of developing an innovative approach to secondary education, the Foundation and academy co-sponsors RBKC sought partnerships with independent and specialist schools. This has the aim of broadening the young people’s horizons and extending the curriculum to areas that KAA cannot provide on its own.

When Vivian joined KAA from a nearby secondary school without a sixth-form, she was excited by the chance to study Classical Civilisation at Godolphin and Latymer School, in addition to her English Literature, Music and Religious Studies at KAA.

This unusual approach to sixth-form education sees Vivian, a non-fee paying student, studying a previously unavailable subject in one of London’s top independent schools – levelling the playing field between herself and her more privileged peers.

Starting two very different schools at the same time was daunting. But the risk was worth it for high-achieving Vivian:

It has re-ignited my passion for learning and made me humbler at the same time.

While class sizes at both schools are small, at Godolphin and Latymer, Vivian is taught in a class of two.

This made me far more responsible and forced me to take initiative. If I don’t make the effort there is only one other person to fall back on.” In addition, the style of teaching at both schools suits her mindset. “Up to GCSE I hadn’t felt challenged and had always achieved the top grades. Now I have found myself, not just learning, but improving how I do it.

Importantly, Vivian sees a further benefit to her time at Godolphin.

I’d like to dispel the myths about the differences between the two schools,” she says. “While people’s backgrounds may vary, the similarities in the kindness that is shown, the trust that we put in each other and the strength of the communities are clear to see.

Vivian’s desire to take risks and challenge herself in new environments prepared her well for university studies. On leaving Kensington Aldridge Academy she went on to study English at SOAS University of London.